The Foundation was pleased to organise the third annual Rowdown School Awards presentation on Friday 15th July 2016 at Rowdown Primary School.  The format in the previous years had worked very well so we so no reason to change it in anyway.

The children were assembled in the hall, their entrance accompanied, as is now usual, by Christopher Opoku on the piano.  The 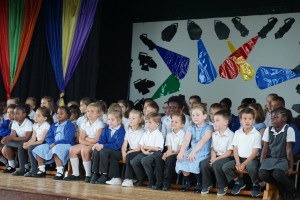 audience now in place, it was time to introduce the nominees for the awards: two of them from each class for each category: Academic Achievement or Progress and Attitude and Effort.  They marched onto their seats on the stage to rapturous applause from their classmates, staff and the large number of parents who had come along to support their nominated children. 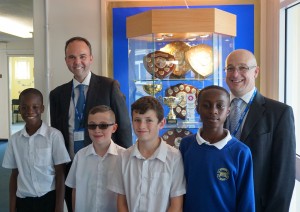 Before the presentation of trophies began, four special Year 6 pupils were introduced.  These boys were all part of the Foundation’s Tuition Programme and were successful in 11+ entrance exams.  The boys were introduced to the gathered masses to loud applause.  The boys are pictured here with Gavin Barwell MP and Gary Coy, our Chair.  Left to right: Ubaydullaah Ajanaku (Whitgift School), George Suter and Michael Cosgrove (Shirley High School for the Performing Arts) and Christopher Opoku (Trinity School).  Well done to all four boys and we wish them well for their secondary education.

It was then on with the Awards presentation.  Mrs Shute and Mrs Hartley did the honours reading out the nominations and Gareth Burchell of Shard Capital LLP, the Awards Sponsors, had the pleasure of opening the gold envelopes and announce the winners: a very fitting role for the person responsible for our ability to offer such lovely trophies and prizes.

The trophies were the same as last year: gold stars for the category winners in each year and gold cups for the overall winners.  And the prizes…a Amazon Fire HD8 tablet (with cover no less) and a family day out for the overall winners to share with their parents and brothers and sisters (value up to £150).  Once again, this is very generous of Gareth and Shard Capital and we thank them wholeheartedly for their support.  THANK YOU!!!!

We were again joined by Gavin Barwell MP to present the trophies and prizes.  Given that it was one of the days of the government post announcements, Mr Barwell’s presence was all the more appreciated.

Once all the trophies and prizes had been presented, Mr Barwell said a few words to encourage pupils to be on stage next year and offered all this year’s nominees an opportunity to visit him in the Houses of Parliament with their parents.  And then we were treated to Christopher accompanying Rebecca Hilton in a song they performed together at the Year 6 Farewell Concert last week.  The whole audience were mesmerised by Rebecca’s sweet voice and Christopher’s note-perfect playing.  Rowdown certainly has talent!

Congratulations to all the nominees: they all put in a really strong performance during the year and thoroughly deserve the recognition their nomination brings.  They should be very proud of themselves.

And here are the winners:

We’ve kept you waiting for long enough to announce the overall winners: those two Pupils of the Year that won a gold cup, a Amazon Fire HD8 tablet and a family day out.

And here are a few more photos. 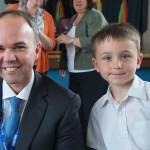 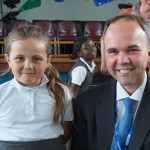 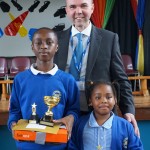 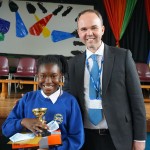 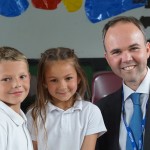 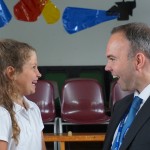 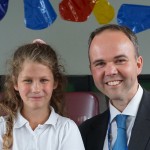 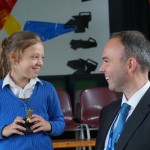 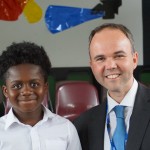 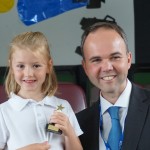 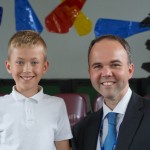 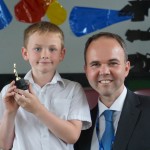 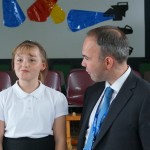 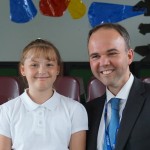 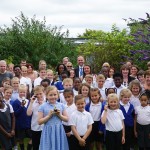 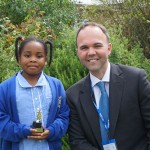