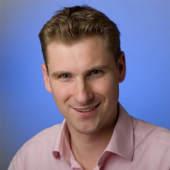 This morning Gary Coy, our Founder and Chair, met with Chris Philp MP, Conservative member for Croydon South.  Gary has known Chris for a little while through other charitable activities but wanted to get his opinion on the prospects for using us as a case study in an effort to promote similar schemes of co-operation between independent secondary schools and state primary schools.  Whilst many already work closely together, Gary wanted to emphasise the benefits of the Foundation’s Tuition Programme in promoting social mobility by enabling academically able pupils from disadvantaged and ‘just about managing’ backgrounds the opportunity to attend the best selective grammar and independent schools in the area.

With both Royal Russell School and Trinity School signed up to provide extra lessons to up to 20 Year 4 and Year 5 (respectively) bright pupils from New Addington, the formula could be replicated in other areas of the borough of Croydon and beyond, even nationally.

Mr Philp was very supportive of the idea and promised to do what he can to spread the word, including presenting the idea to the Minister for Schools and the relevant representative bodies of the independent school sectors.

We thank Chris for his interest and hope that our little germ of an idea can become a major initiative in promoting social mobility across England.