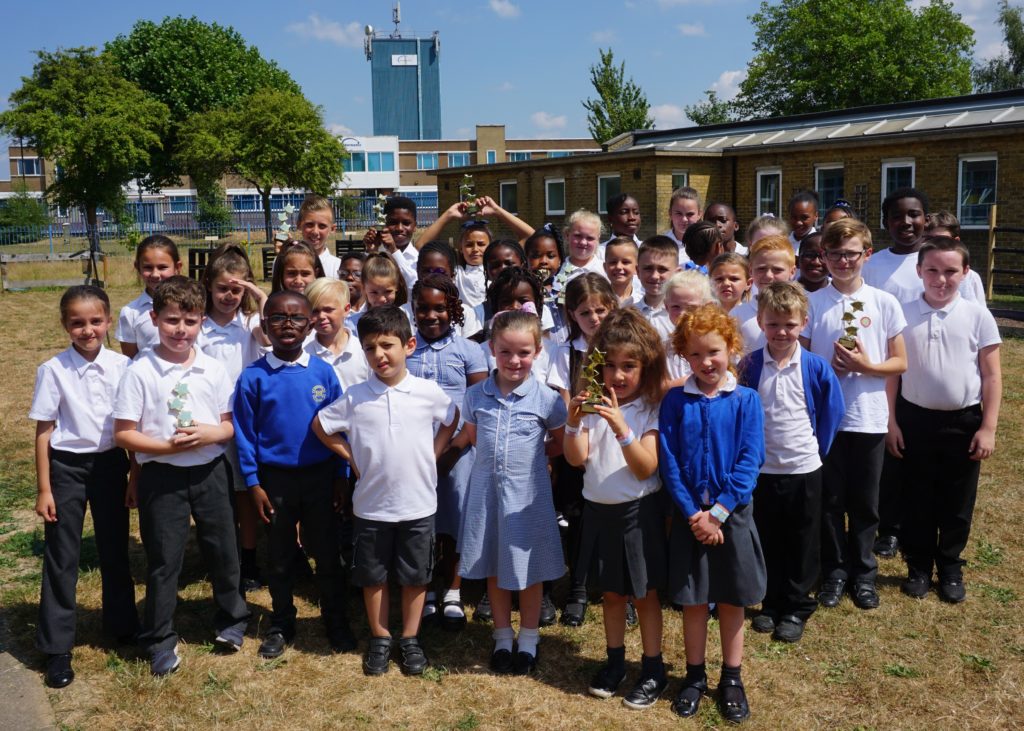 We have just had a great afternoon at Rowdown School presenting the annual school awards, the 5th time the Foundation has organised the event, sponsored by Shard Capital LLP.  We were entertained by old boy Christoper Opoku on the piano and the Year 6 steel band and the awards were presented by Sarah Jones MP.

The format was the same as in previous years with two categories: Academic Achievement and Attitude & Effort, with 4 nominations from each year group for each award (including Reception year for the first time although they had their own private awards presentation).  The nominations can be found here.  Each nominee received a certificate and a huge round of applause from the rest of the school when they walked into the main hall to take their place on the stage.

Congratulations to all these winners, and to everyone who was nominated.  It is a real feat to be on the list of nominees: we only wish everyone could win! 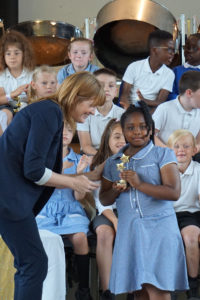 The overall winners and Pupils of the Year 2017/18 were Deanne Yung-Hoi for Academic Achievement and Abigail Streeter for Attitude & Effort.  Unfortunately, Abigail was off sick but here is the very pleased Deanne receiving her Year winner trophy from Sarah Jones MP.

It was a great afternoon: the sun was shining on Rowdown on Friday 13th July!

More photos are available on the dedicated page.